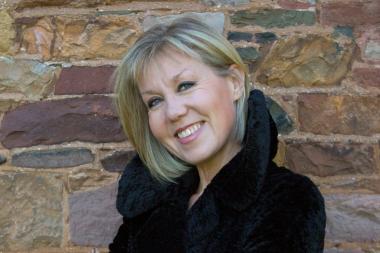 'Domenico Corri: the connections between the River Tweed and Bel Canto Opera'

A programme of Scottish and English songs, as seen by an Eighteenth Century Italian maestro, publisher and impresario, leading on to vocal chamber works of Rossini, Donizetti and Bellini.

Mhairi Lawson has performed (and recorded) a wide-ranging repertoire in both opera houses and concert halls worldwide. Much of her work has been focused on Early Music, performing with groups such as Les Arts Florissant, Gabrieli Consort and La Serenissima. The current programme stems from her research into the life and work of the 18th Century Italian Domenico Corri.

Jan Waterfield has performed and recorded as a keyboard player with many period instrument ensembles including European Union Baroque Orchestra, Academy of Ancient Music and Gabrieli Consort. She is also a duo partner to both singers and instrumentalists as well as appearing as an accordionist in a Klezmer Band.

Tickets £14, Students £5, School Pupils free.
We can no longer receive payment for tickets via Paypal. Tickets can be purchased on the night at the door.

'True Handelian style surfaces in the voice of Mhairi Lawson'
The Times
'Performances were impeccable – with Jan Waterfield's harpsichord adding a deliciously old-school twang to Andriessen's aural pummelling....'
The Scotsman